We tested a Cervelo S5, Cervelo P5, and Orbea Gain e-Bike to see which was faster on a hilly course.

Compare relative speed of a road bike, triathon bike, and road e-bike on a hilly course. Complete a lap on each bike while regulating power to keep the effort consistent.

The “Dump Loop” is a 17.5 mile continuous loop in the North End of Boise with 1,450 ft of climbing. It’s a popular loop with a variety of long and steady climbs as well as short and punchy hills . 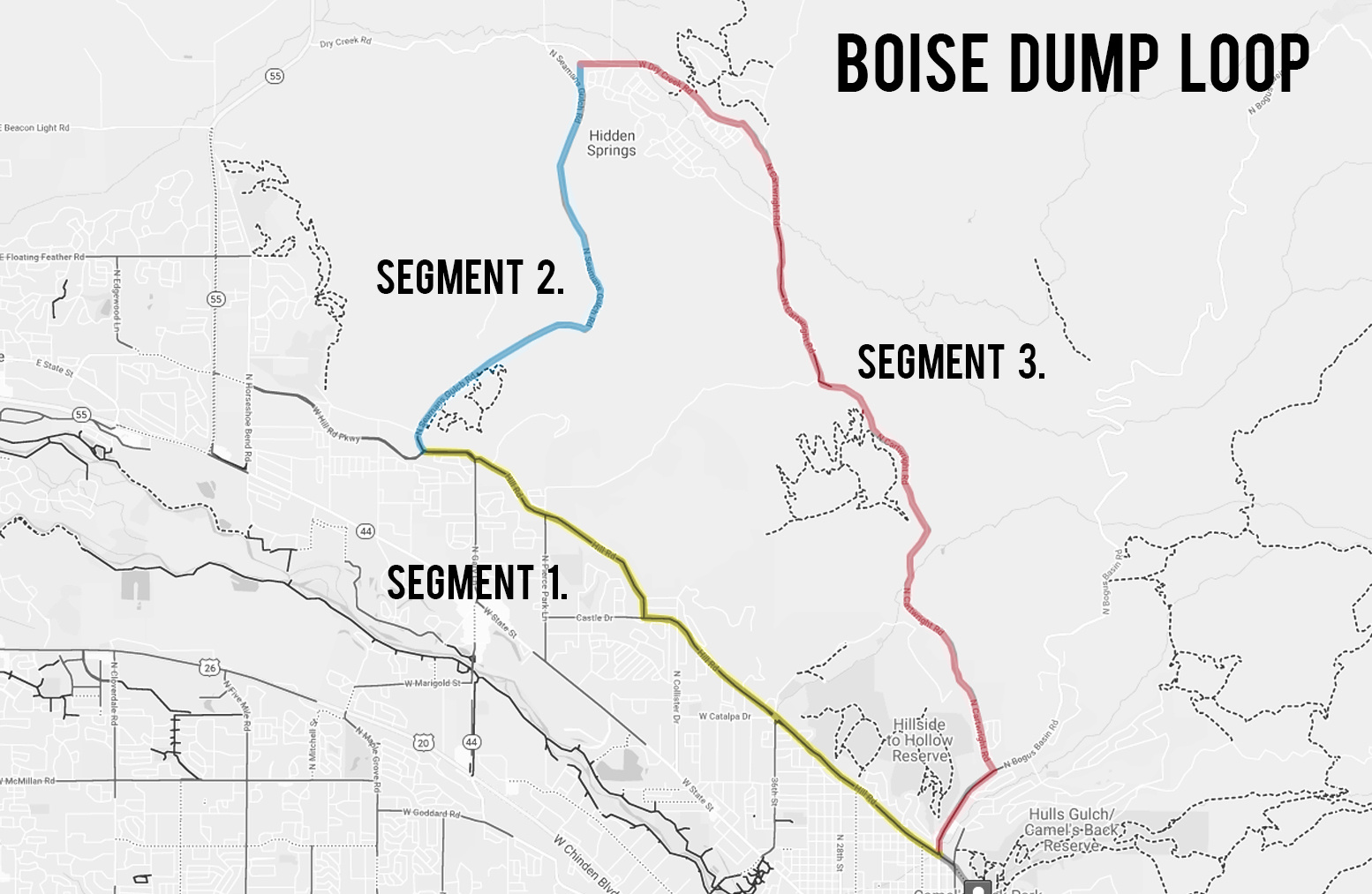 I segmented the loop into 3 parts:

Segment #1 is the relatively flat stretch starting from Bogus Basin Road and Hill Road and heading West on Hill Rd.

Segment #2 is the long steady climb and descent that begins at the base of the climb at Seaman’s Gulch, descends past the entrance to Hidden Springs, and continues to the right hand turn onto Dry Creek Road.

Segment #3 is the longest segment of punchy climbs that takes you behind Hidden Springs and eventually descends back to the Bogus Basin Road and Hill Road. 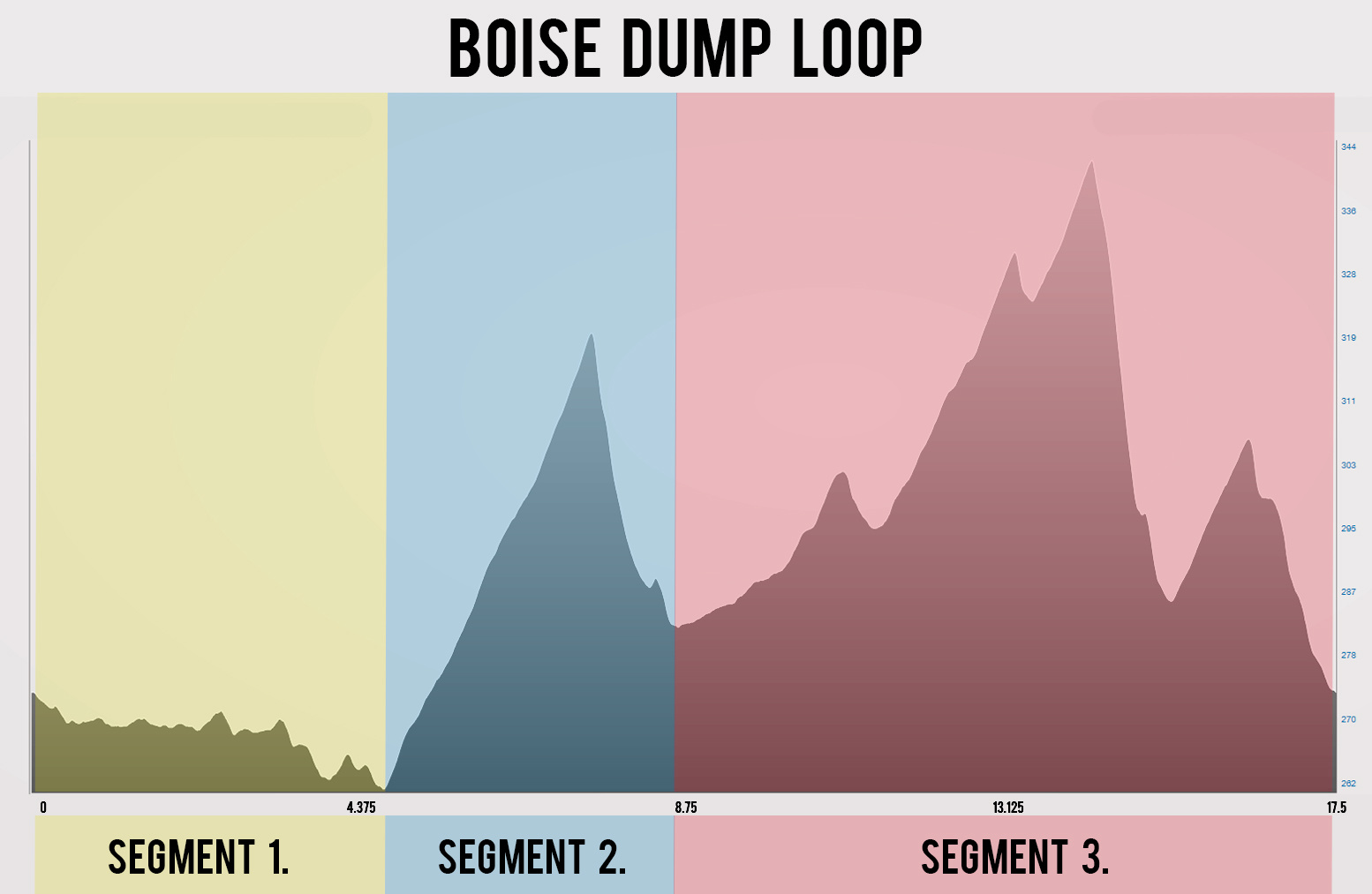 A SRAM Quarq power meter was used on each bike to regulate the effort. The same front wheel was used on all three bikes. The Cervelos used the same rear wheel (and thus the same wheelset). The Orbea is a rear hub-driven e-bike, requiring that specific wheel to be used on the bike at all times. All tires were inflated to 80psi. One water bottle cage and bottle was used on each bike.

I tried to keep my effort to 200w on the flats, 240w on modest climbs, and up to 280w on the steepest climbs. The ride was completed over the course of ~3.5 hrs on a calm day, with approximately 20 minutes needed between laps to switch bikes at our shop (located about .5miles from the start of each loop).

The fit of the Cervelo S5 and Orbea Gain was set to be identical to each other. I rode in the same position the entire time: in the classic road position with my hands on the brake hoods. To be consistent I never went into the drops.

On the Cervelo P5 I stayed in the aerobars so long as my speed was above 13mph. On the steeper descents, turns, and climbs I would come out of the aerobars, but go back into the aero position as soon as I safely could.

I believe the tri bike will be the fastest for the Dump Loop, taking 58min to an hour at this power output. Next the e-bike, and finally the road bike. I believe the e-bike will lose time to the tri bike on the flats, and make up some of that time on the climbs, but overall it will not be enough to make up for the loss of time on flat terrain. 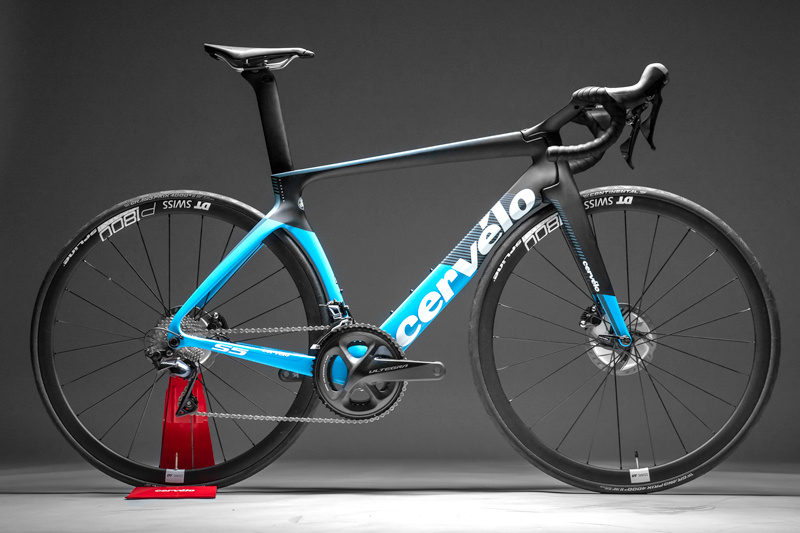 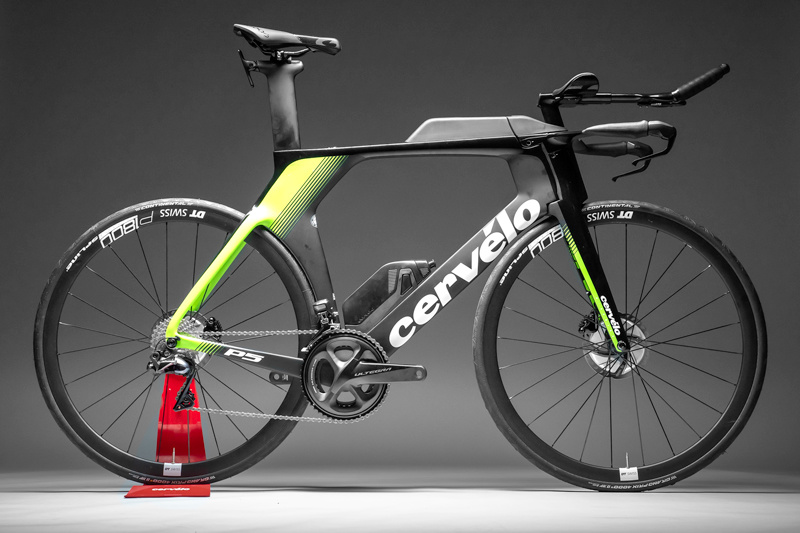 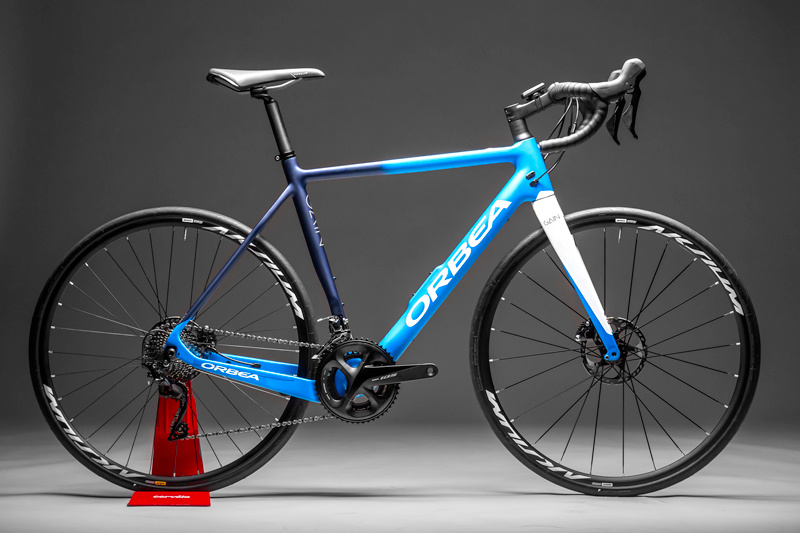 S5 (road) vs P5 (tri): I was not surprised to see the P5 outsplit the competition on Segment 1. The slight elevation loss of this segment and relatively flat nature is ideal triathlon bike terrain. I was surprised to see the P5 outsplit the S5 on Segment 2, especially considering I averaged 8w lower on the P5. At first I believed this was due to the long descent after the 2.25 mile up Seaman's Gulch, but surprisingly the P5 was actually faster than the S5 by a few seconds on the climb, and made up another 15 seconds on the descent. The added weight of the P5 (2lbs) during the climb is not enough to negate the bike's aero benefit on both the climb and the descent (there is still air drag while climbing). This is a good reminder that a triathlon bike is rarely a penalty on a hilly course.

On the final segment I was happy to see that I averaged nearly identical power, and the bikes had nearly identical splits for this long segment (the P5 was still faster by 15 seconds). In Segment 3, the climbs are steeper, and the descents have more turns: the steeper climbs are more of a detriment for added weight, and the turns meant I could not decend in the P5’s aero bars as much as I could on Segment 1. Overall this part of the test confirmed in my mind that on a hilly course a triathlon bike can be faster than even the best road bikes.

As an interesting aside: the 2019 70.3 World Championship (WC) triathlon course was notoriously challenging with approximately 3800ft of climbing over 56miles. For reference these 3 Dump Loops have approximately 4350ft of climbing over 53 miles. Many athletes were unsure whether to use a triathlon or road bike for the 70.3 WC course, and I suspect the triathlon bike would still have been a slight advantage if setup to be as light as possible and if you corner well on it. I say this acknowledging that Gustav Iden won the race on a road bike with aerobars, and if there was ever a triathlon course where a road bike with aerobars would not be a significant disadvantage this was it.

Orbea Gain vs the Cervelos: This was my first time riding an e-bike any longer than around the block, and I’ll confess I had a huge smile on my face during my entire ride. When accelerating and climbing I felt like the Hand of God was pushing me along. The battery is cleanly hidden within the frame, and the motor is so silent I did not hear it when riding. It was truly an enjoyable experience to ride this bike- and not because I was going so much faster, but because the bike helped me ride faster without being obvious about it. The bike is simply elegant and a pleasure to ride- something I never thought I’d say about an e-bike.

My hypothesis of losing time on the flats but gaining on the climbs was generally correct- but I grossly underestimated how much faster I would climb with the help of the 250 watt motor. In hindsight, I should have guessed... 250w is a lot of power- a number similar to what many professional cyclists average in a race.

I am convinced a Class 1 e-Bike like the Orbea Gain can be a wonderful bike for someone who is looking for an understated e-Bike to help keep up on a group ride, ride with a friend or spouse, or simply cover more distance on their next ride. It could also function as a wonderful commuter- I almost wish I had a longer commute to justify investing in one.

- I’ll test the P5 and S5 again, but this time test the S5 in a ‘race optimized’ position: meaning I’ll utilize the drops the entire lap and descend in the lowest position I can safely maintain. I believe this will reduce the time difference between the two bikes, but I believe the P5 will still be marginally faster.

- I’ll test the P5 with the objective to clock a 52min split for the loop (the same split as the e-Bike). I believe it will require an average of about 280w.

Antonio Gonzalez is the owner of Tri Town Bicycles in Boise, Idaho. He is a endurance coach, bicycle fitter, and veteran of the cycling and triathlon industry for over 20 years.