Our Story and Staff

Home / About
Tri Town Bicycles opened in 2011. In our relatively short existence we've been able to accomplish some pretty amazing things: we have worked and trained with World Champion athletes, a breadth of international and domestic professional triathletes, and most importantly the first-time triathletes training for their first triathlon. By the start of our third year of business we were recognized as one of the top multisport stores in the country, and continue to be recognized as one of the nation's top multisport stores since then. We developed and hosted the Winter Triathlon National Championships, as well as regional USAT Seminars to help develop the sport of triathlon on a regional level. Ultimately though it is the contagious energy and enthusiasm of the athletes we work with that fuels the fire of our store and the sport of triathlon itself.

As Boise becomes triathlon’s next training mecca, we strive to stay at the front and help youth and adult alike embrace the fastest growing endurance sport in the world. Happy training! 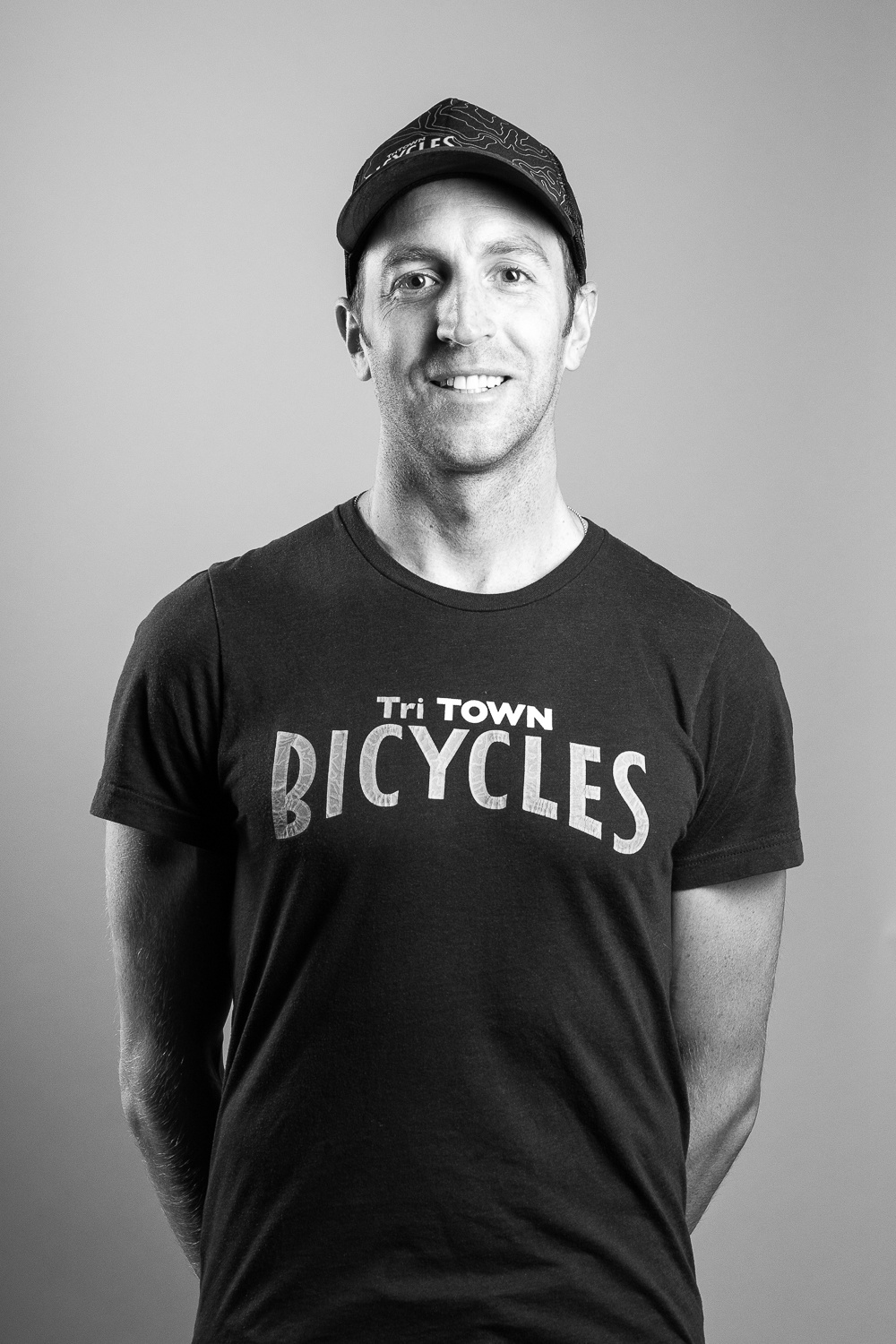 Antonio is the owner and co-founder of Tri Town. Antonio is a cycling industry veteran of 18 years, and a student of triathlon for over 15 years. While studying at Boise State University, Antonio immersed himself in swimming, biking, and running, and founded the BSU Triathlon Club. Interested in bike fitting from the beginning, he perfected his fitting knowledge by relocating to Detroit to work with one of the country’s top fitters. During this time Antonio honed his skills as a mechanic, eventually serving as a personal mechanic for a Tour De France cyclist, an Olympic Medalist, and a host of professional triathletes including Ironman Champions and World Champions. Back in Boise, Antonio worked in the bicycle industry while developing ‘Tri Boise’, a beginners triathlon coaching and training program. During this time Antonio realized the value of combining retail and coaching services for triathletes. Starting Tri Town was a goal he had worked towards for over 8 years.

As a competitor, Antonio is a diverse athlete with experience in Ironman distance to sprint racing, with overall race wins in multiple triathlons, duathlons, cyclocross, road races, crits and time trials. He is a 5x Age-Group Olympic Distance State Champion and has represented Idaho in the ‘Best of the US’ National Champion Series. In the off-season Antonio enjoys nordic skiing in the mountains around Idaho. 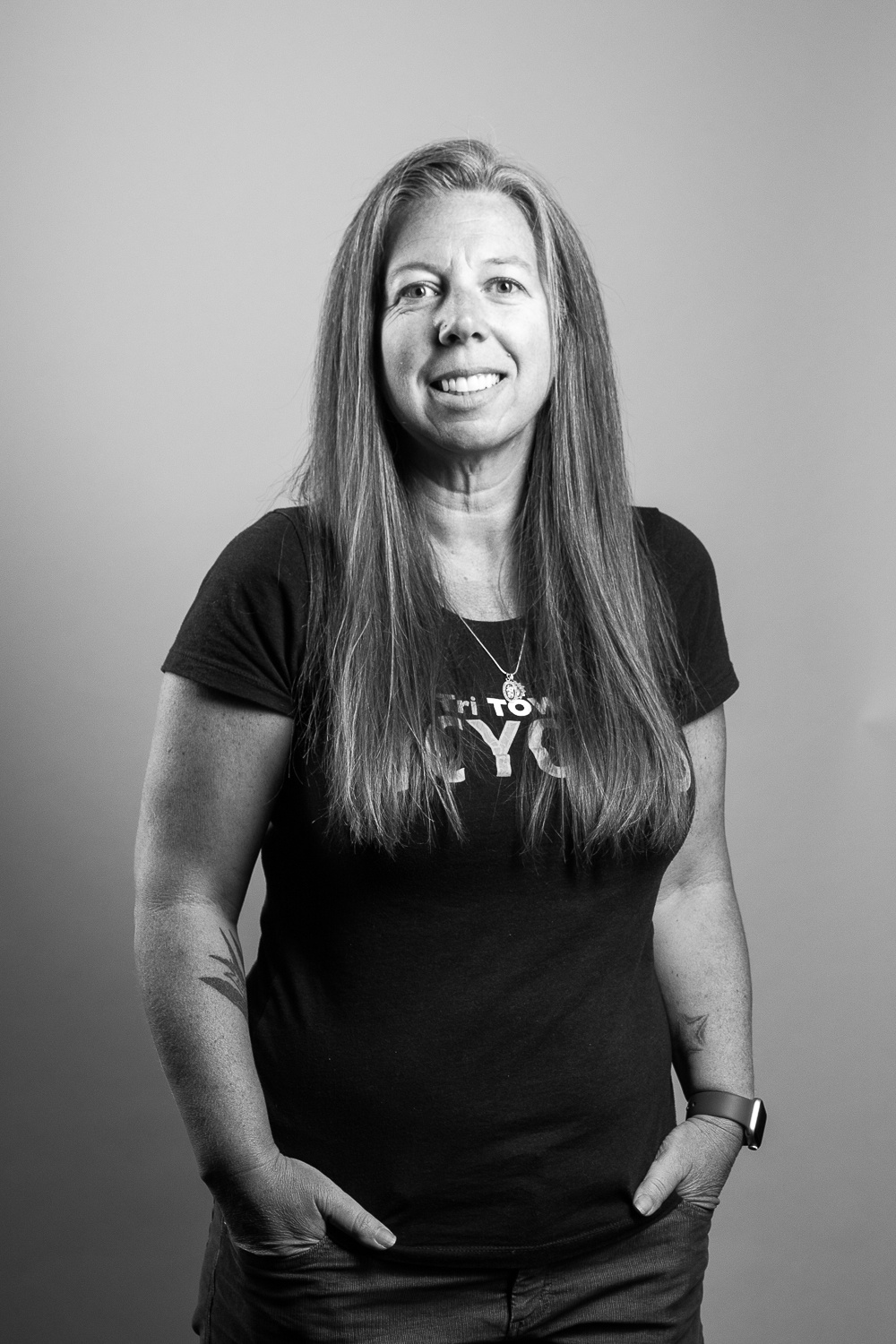 "Dom" is the person who can keep the staff on task, buy merchandise, fit you for a wetsuit, drive you to the airport and have an extra pair of goggles for your open water swim all in the same day. Dom's background is in swimming and soccer. After years of youth and collegiate soccer she settled down to start a family. Their daughter, Bailey, began swimming at a young age rekindling her fire for the sport. When triathlon became Bailey's sport of choice she dove head first into learning more about open water swimming.

Dom is a staple in our Tri Town swim scene whether it be on deck during our winter instructional time in the pool (reminding you to “Get in the pool! The water will be just as cold in 5 minutes.”, “Remember to bilateral breathe!” “Neutral neck positioning.”) or at the pond helping with open water techniques (“Yes, it's colder than the pool!”, “Don't forget to blow your bubbles.”). You can typically find Dom at most races, making sure the athletes have everything they need for their race, cheering til she's lost her voice, and post-race hugs. Most of the time she's yelling at Travis Wood, trying to keep him out of her hot tub. In the off-season you can find her skipping work to go snowshoeing or skiing. 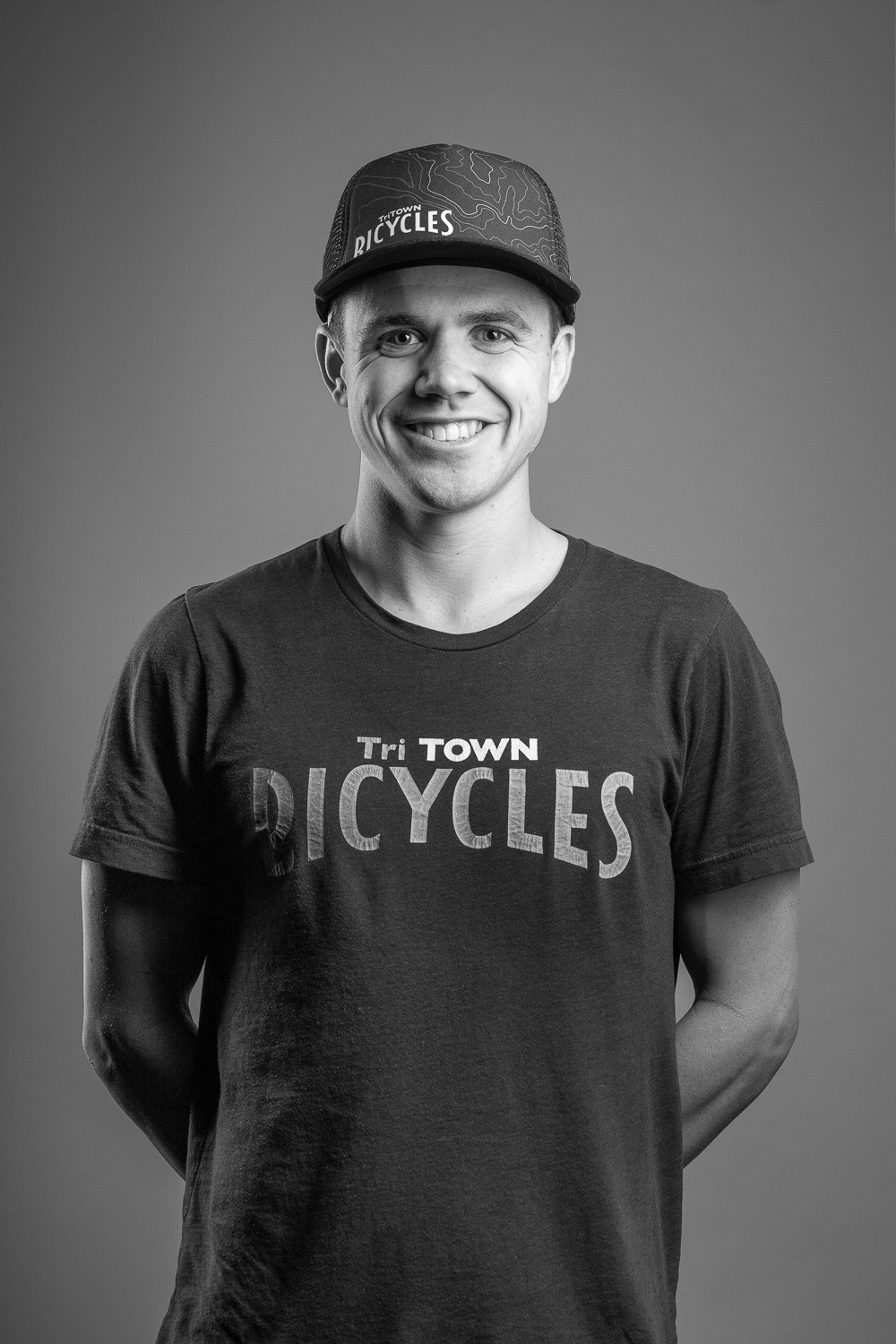 Travis got into triathlon to impress a college girlfriend’s dad. With only a background in running, there was a lot to learn. He raced with the Boise State triathlon club for 3 years, before graduating with a Human Biology degree. Post college, he decided to go all in on triathlon. Travis has raced in the collegiate club scene, nationals championships, world championships in three distances, and holds multiple course records. In 2019, he had multiple age group wins in the 70.3 distance, and an overall win in the USAT Sprint Distance National Championship. Through trial and error, he is an expert in triathlon equipment and loves all things swim-bike-run related. His favorite fruit is the strawberry, and he enjoys gorging on copious quantities of carbohydrates. In 2020, he is racing triathlon as a professional. 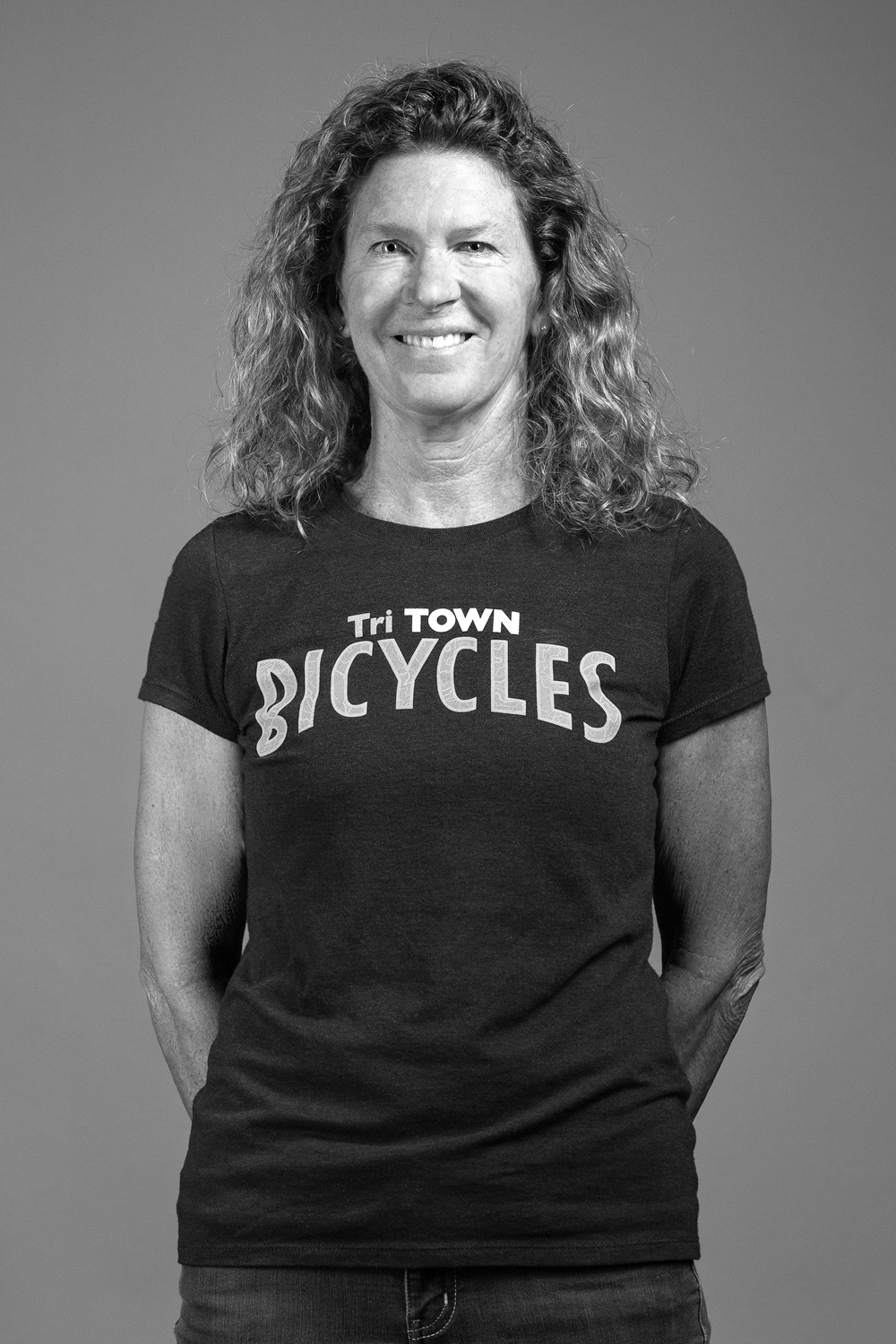 Margaret has been participating in triathlons since the mid-1980s when the vibe and equipment were both very casual. With a background as a teacher, she is a natural communicator and loves helping and learning from others. She is currently a certified Strength Trainer, Health Coach and USAT Level 1 Triathlon Coach.

After many years of being focused on family, Margaret transitioned from juggling triathlon around kids' activities to training and racing more as an empty-nester. She has experience at all distances and has raced USAT Nationals and ITU World Championships multiple times. After battling cancer, Margaret has spent the past 8 years enjoying Ironman 70.3 and Ironman races and has numerous age-group wins. In 2018 she was ranked 1st in the world for Ironman 70.3 and was on the podium in Kona at the Ironman World Championships.

Margaret recognizes that there is no one recipe for success and approaches each individual with a unique plan. She looks forward to helping athletes to overcome obstacles and maximize their potential. Margaret brings a spirit of compassion, humor and practicality to all that she does. 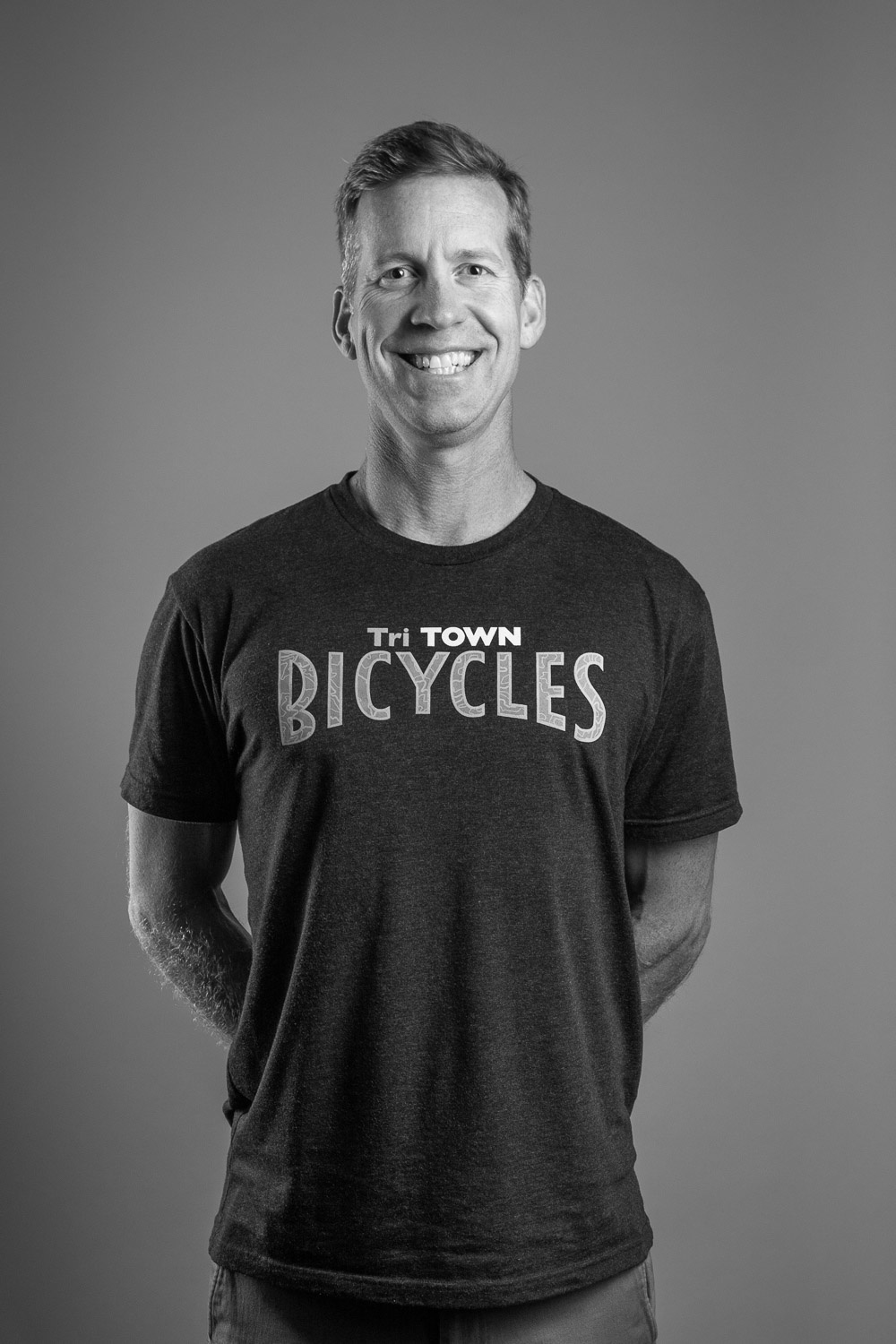 Sam has coached athletes with Tritown for the past two years as a USAT certified coach. Sam loves long course triathlon and has competed in eleven 70.3 and one full Ironman race the past three seasons. In addition to long course, Sam also enjoys competing in a handful of regional sprint and olympic distance races each season. Sam was fortunate to travel to Zell am See, Austria in 2015 and Chattanooga, TN in 2017 to compete in the 70.3 Ironman World Championship events. 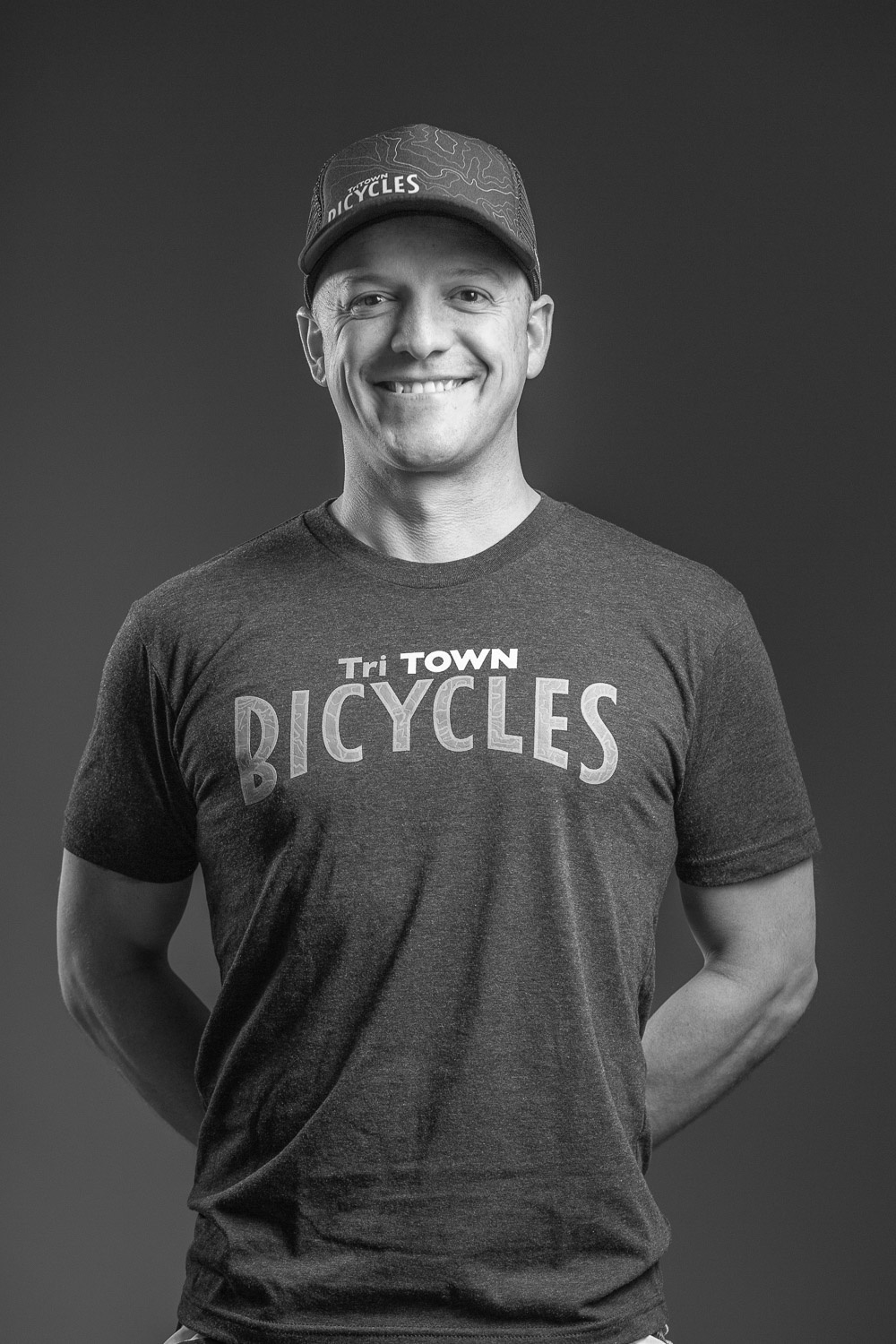 Ricardo is a USAT coach who joined the TriTown team in 2019. His motivation is in helping others find the passion and success in triathlon that he has found, while avoiding the mistakes he made as a self-coached athlete at the beginning of his triathlon career.

Professionally, as an Electrical Engineer & Physicist, Ricardo appreciates the scientific, data-supported aspect of the sport. Prior to finding triathlon, he played soccer at the collegiate and professional levels: NCAA D1 - Virginia Commonwealth University and pro with Deportivo Saprissa out of his home country of Costa Rica...Pura Vida!

Ricardo has been racing Triathlons since 2008. As a triathlete, he has completed full-distance Ironman races in each continent (7 total) and in between a couple dozen Olympic and 70.3 races, the most recent one being IM70.3 Costa Rica, where he qualified for 70.3 World Championships. 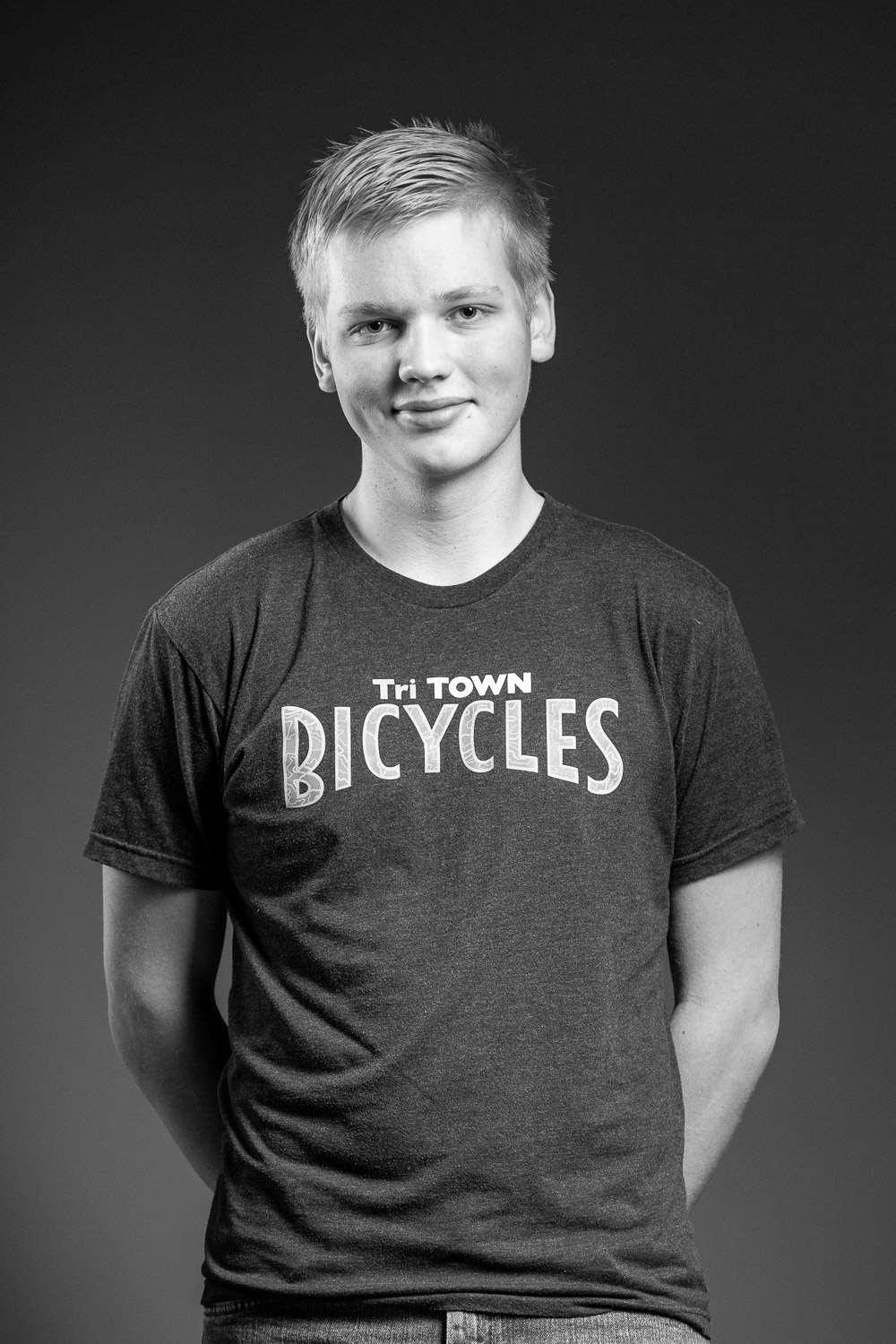 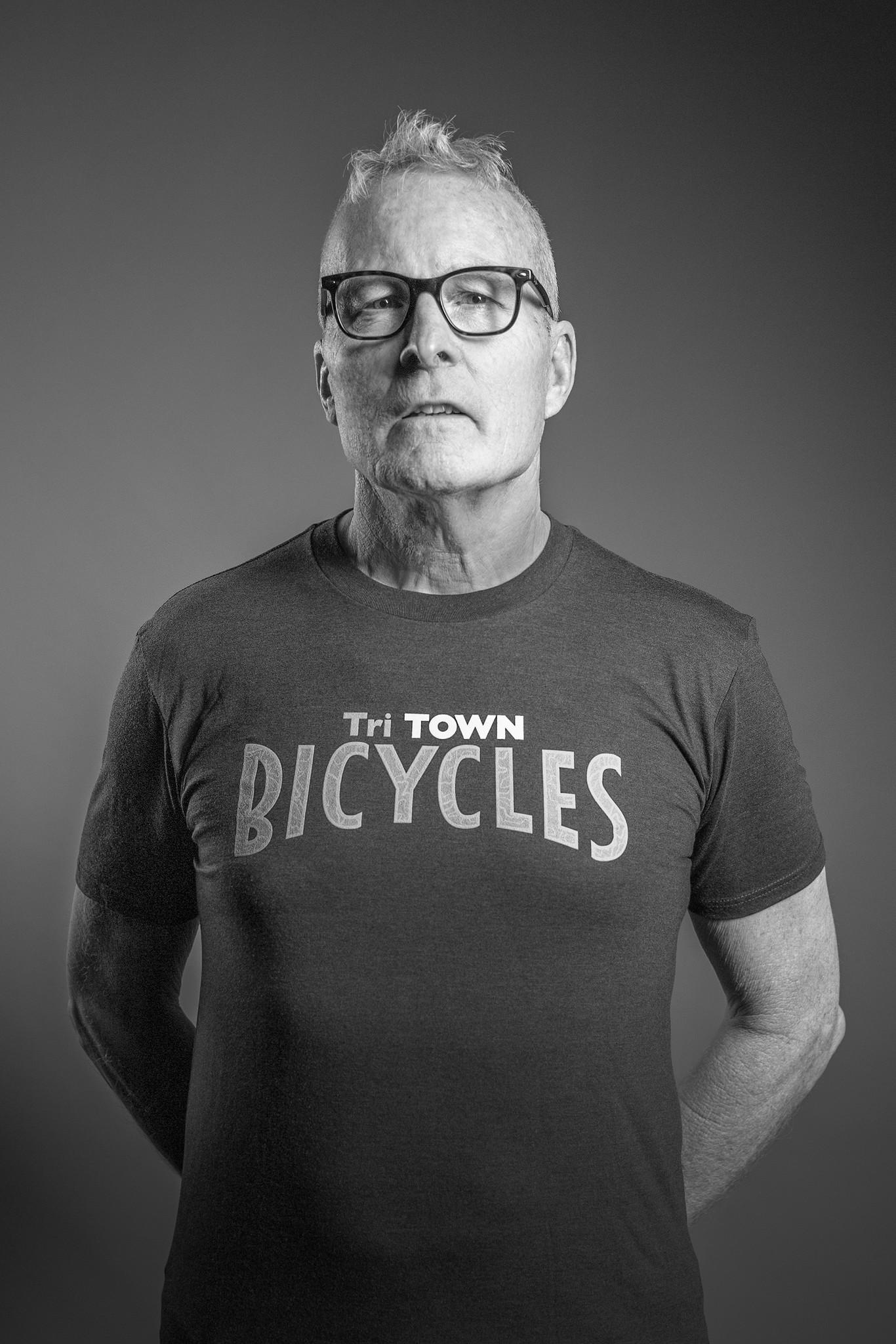 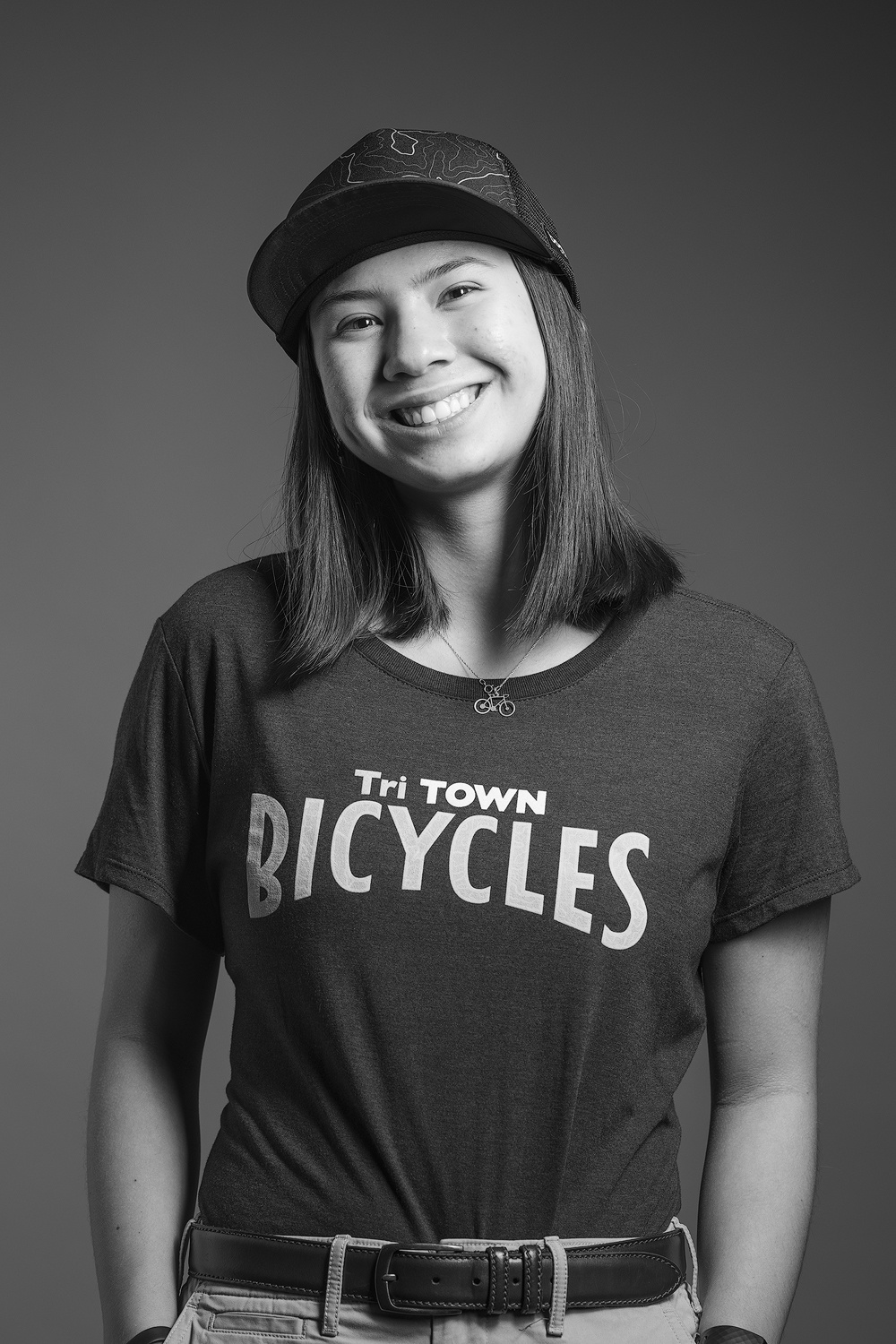 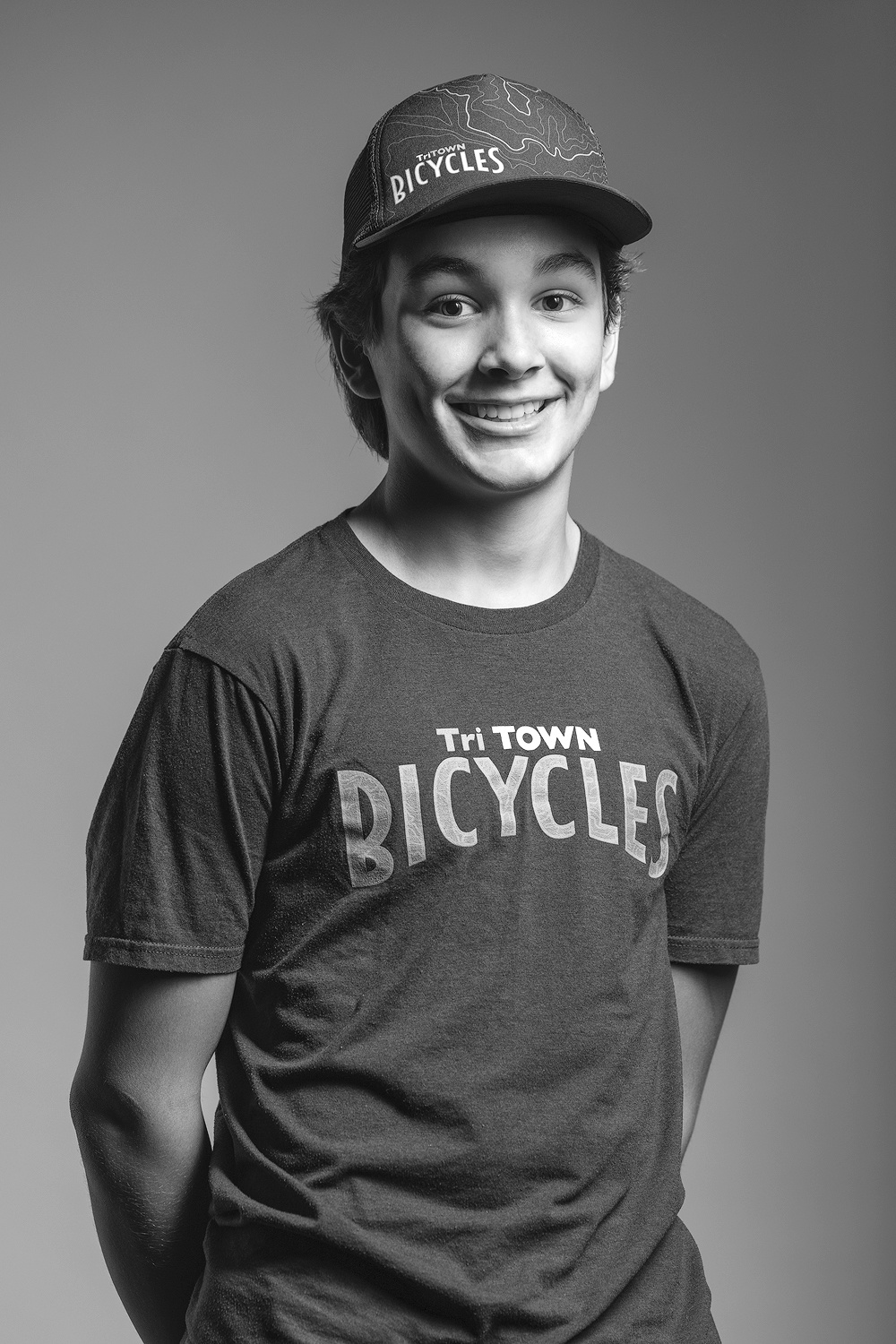 Scott loves racing bikes, whether on dirt or road. Through his skillset, Scott has enabled Tri Town to offer a high level of photography, videography, website, and 3D printing. In his spare time he can be found in the foothills riding his bike, photographing landscapes, or 3d printing. Scott has also become an accomplished woodworker and helps build much of Tri Town's custom furniture and retail fixtures. 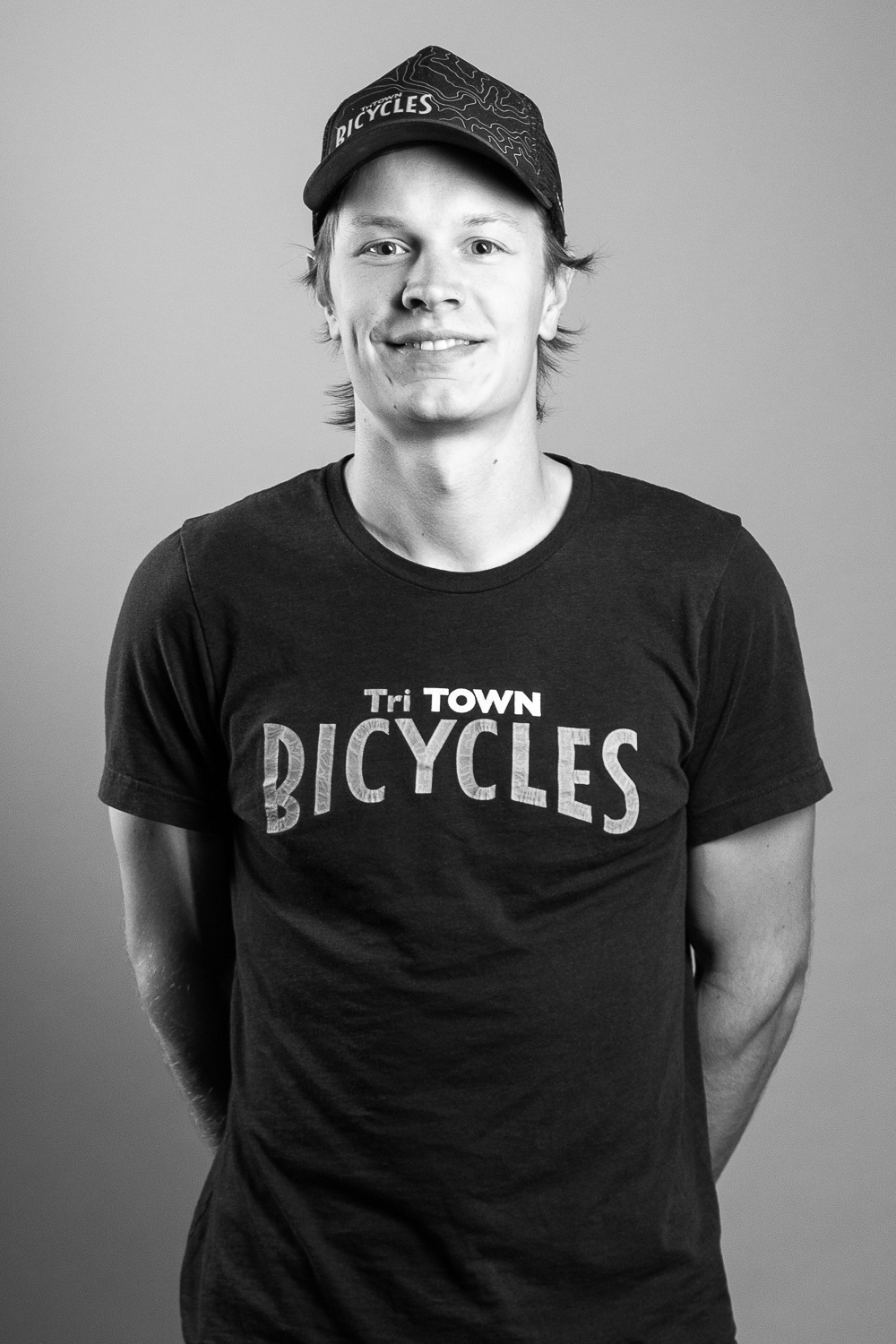 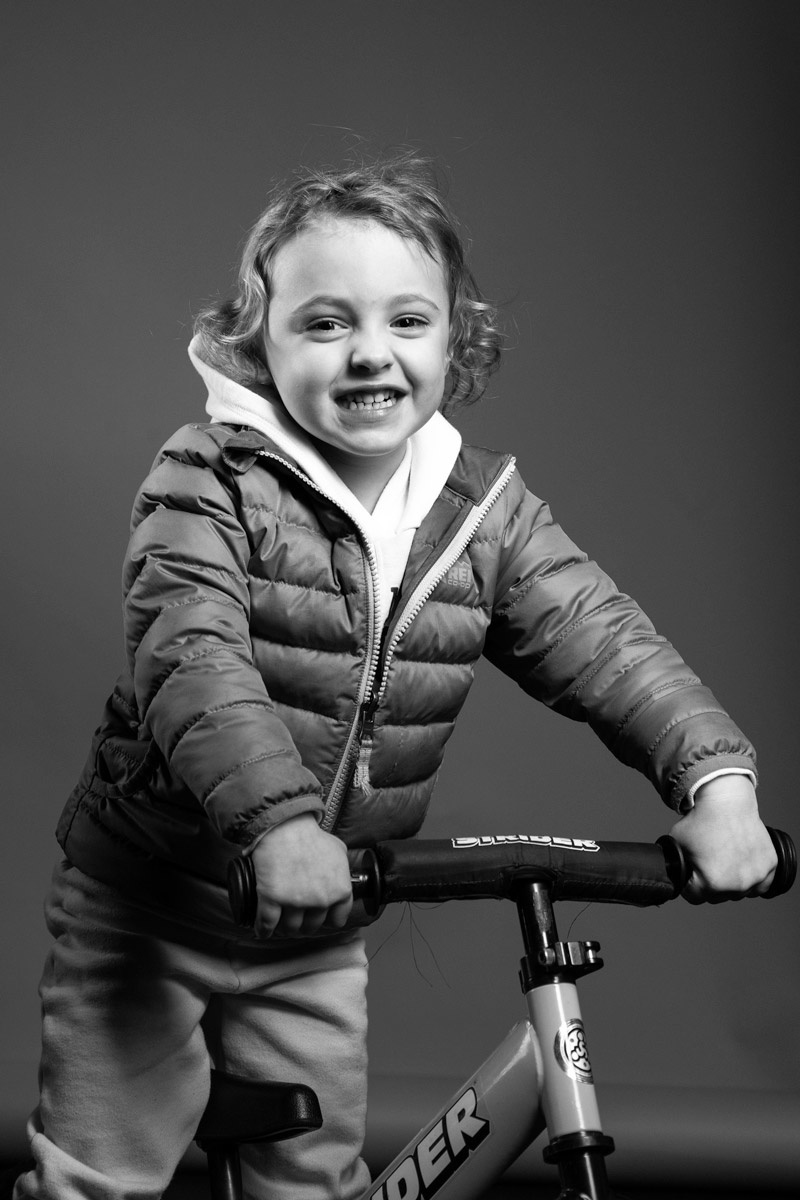